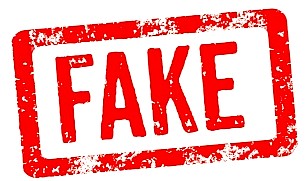 Welcome to "Fake Acoustics"!
This is a new area of the forum, for examining the mysterious side of acoustics: A place to discuss all those acoustic myths, legends, strange treatment devices, and just plain bad information and lousy advice about acoustics, sound, audio, and related issues. Also, a place to clarify how things really work: Many things about acoustics are not very intuitive, and commonly misunderstood: This section of the forum is where you can find the reality, often with simple explanations.

The term "Fake News" appeared a couple of years ago, to describe "news" that seems legitimate at face value, but actually is not true. Often created for political purposes. The same thing happens in the world of acoustics, and I'm coining this new term to describe it: "Fake Acoustics".

"Fake Acoustic" products are often created for commercial purposes! In the world of acoustics, sound, and audio gear, there's quite a few "magical" devices advertised on the internet and in other places, that promise amazing results... ones that would have to break the laws of physics, if they were true! Things like "light-weight acoustic isolation panels"

, or "Ultra-thin bass traps". Impossible devices, that obviously are fake. But there's also a range of products that seem to be legitimate at first glance, yet in reality do not (and could not) work as claimed. Such as the famous US$ 5,000 per foot speaker cables, that you can buy and promise to do an amazing job of cleaning up the sound on your speakers! Umm...

And of course, a whole bunch of plain old myths and legends about acoustics and sound, that "everyone knows"... but are actually wrong. Such as the famous: "You must angle the walls of your studio to make it work. If not, then the acoustics will be lousy.". (Wrong! always.). Or the other common one: " You must always float a studio floor, so that sound cannot get in or out". (Pretty much always wrong: very rarely right). Some of that is spread in ignorance, by people just trying to be helpful. YouTube is chock full of videos about "How I built my fantastic amazing World-Class recording studio on a tiny shoe-string budget for just a few dollars!!!!". Beware of those. Be VERY aware! The vast majority of such videos on YouTube are pure garbage, or 99% garbage mixed with a tiny grain of truth.

So, that's what this area of the forum is for! Dealing with acoustic myth.

if you come across something strange, questionable, or just plain wrong about acoustics, or something you think doesn't make sense, then please do post it here! The goal is not to bad-mouth or disparage the source of the "Fake Acoustic", but rather simply to warn other forum members about it, so they don't fall into the trap.

I'll be posting brief articles about a few of the more common ones (including some of those mentioned above), but feel free to add your own.

Click here to return to the "Fake Acoustics: Myths and Mysteries" menu.

Users browsing this forum: No registered users and 3 guests