A friend of mine is overseeing the construction of some new dance studios in several arches under a railway. The dance company already have several units in use but they've just expanded to include the 3 adjacent arches (5 units).

Here are the blueprints: 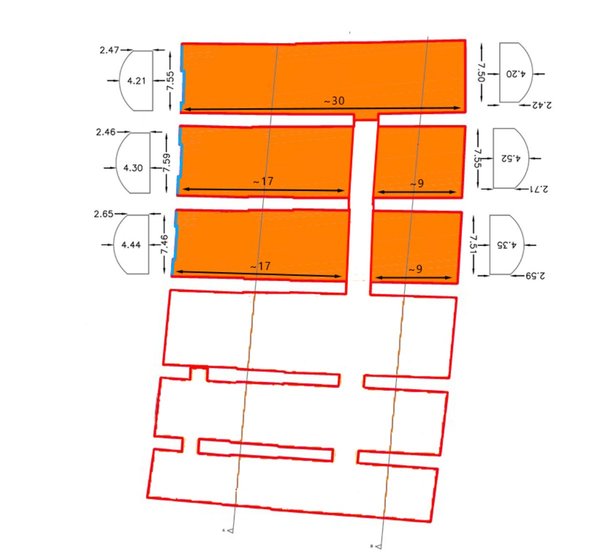 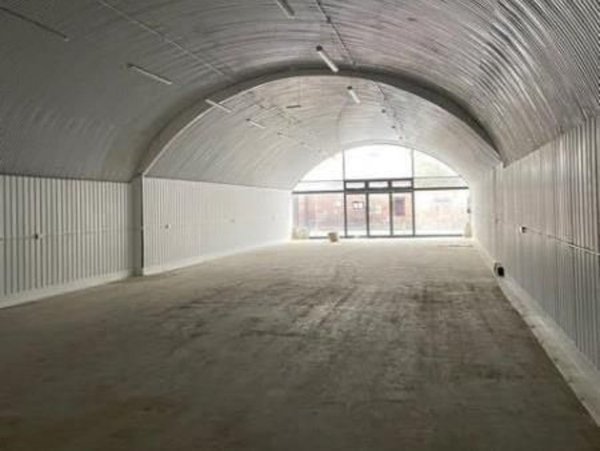 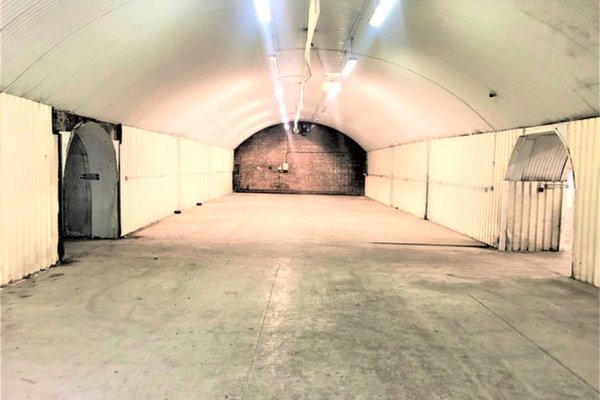 And here are some shots of their existing studios: 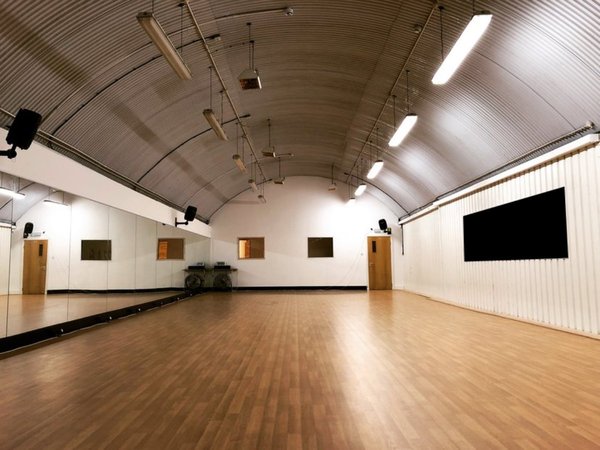 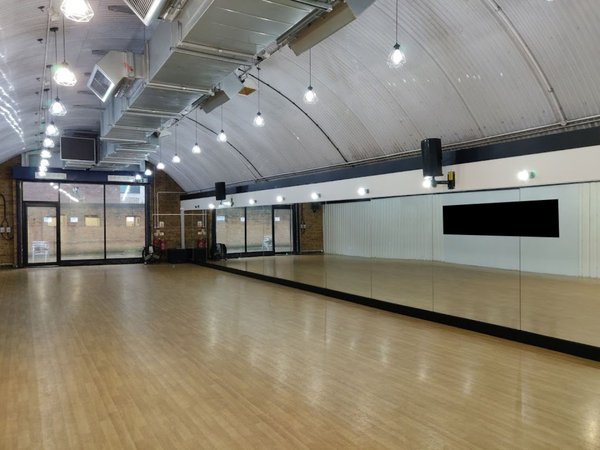 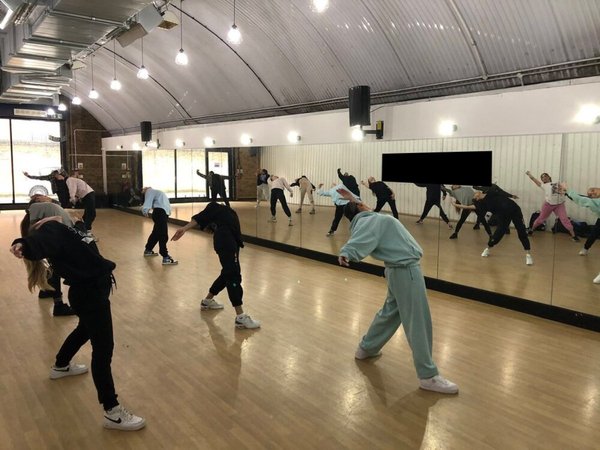 (Had to black out the company logo for obv reasons)

I visited their existing studios the other day and I can tell u first hand that the sound isolation is truly abysmal; music from neighbouring rooms practically pours in, which makes concurrent dance sessions very disorienting. The company hopes that with their new studios there'll be far less sound leakage from nearby units (reducing noise from the HVAC and passing trains is far less important).
From what I understand the best way to achieve good sound isolation is decoupling the inner 'room' from the outer 'room' as much as possible (with a large enough air gap so that even v low frequencies are isolated).
So, considering the size & shape of the units, I have some questions for you guys:

1. For the large unit & 2 medium units, is it possible to build an inner 'room' decoupled at every side but the floor? Or would the inner walls need to be attached to the outer walls at several points so as to remain stable, due to the space being so large?

3. Is a floating wooden floor the best option for dance studio floors? Although they're far from ideal isolation-wise, a concrete or hard-backed wooden floor could cause serious damage to dancers' feet & legs.

4. You'll notice that one end of each of the 3 larger units is all or mostly glass. If sufficient sunlight was an absolute must, how would one tackle that with the 'room within a room' approach? Could the 'inner wall' at that side of the room be made of glass as well (with 2 glass doors)?

5. Like I said earlier noise from the HVAC isn't really an issue so would it be fine to have it all exposed like they are in the existing studios (see pics above)?

That could turn out to be a project of epic proportions requiring a lot of specialist design and building. I hope the depth of their pockets matches the height of their ambitions!

The usual advice here is to determine how much isolation is needed from each studio to all the others and work out where to go from there. Play music at the usual volume in studio A, then measure how loud it is in studio B using a decent decibel meter set to C weighted, slow.

Then get your friend and client into studio B, and have someone in studio A turn the volume down until it is at an acceptable level in B. The difference in decibels between the loud and acceptable readings will give you a proper idea of how much sound attenuation you require between A and B. Repeat this for every combination of studios.

Next would be to determine how the sound is leaking from one space to the next. Is it through the glass ends? Through HVAC ducts between rooms? Water pipes? Electrical conduits? Through crawlways or service shafts in the ceilings? Even if the walls give good isolation any of those can severely leak sound. Is the floor a concrete slab on grade? If so it may already be sufficient for sound isolation purposes at least. Ideal surfaces for dancers is not within my ken, sorry

With so much to investigate and potentially serious work to remedy it, I honestly think your friend would be best seeking expert and accountable advice. The potential for brutally expensive mistakes and injury in a project like this is a real concern.

If a room within a room design is required, would it be possible to have a gable ceiling on the internal room rather than an arch? I assume it would be cheaper to build, and would not require hanging from the existing ceiling. Gable roofs often have collar tie beams at "ceiling" height to stop the rafters spreading apart. Those would prevent great leaps, but there are variations on gable framing that replace them with alternative (higher) framing e.g. scissor truss.

i would start with checking to see how well (or not) sealed the rooms are - doors, windows, other penetrations. possible the ducting will require some commercial duct attenuators between units if they share a common hvac system. a large hvac up the middle with the right insulated ducts and some outside absorption can do a lot for LF absorption since they're sitting on the peak. then its a matter of scattered absorption around the side walls to temper the overall response. most times this will be more live than not as the music and dancer sounds (tap, slaps, etc) are usually important to rehearsals and performances. if the current working studios are not room-within-a-room, then i would not go that route due to costs and the major complexities involved. rumbles from traffic etc are LF and the dance floor is typically a sprung surface - so might not be an issue of significance.